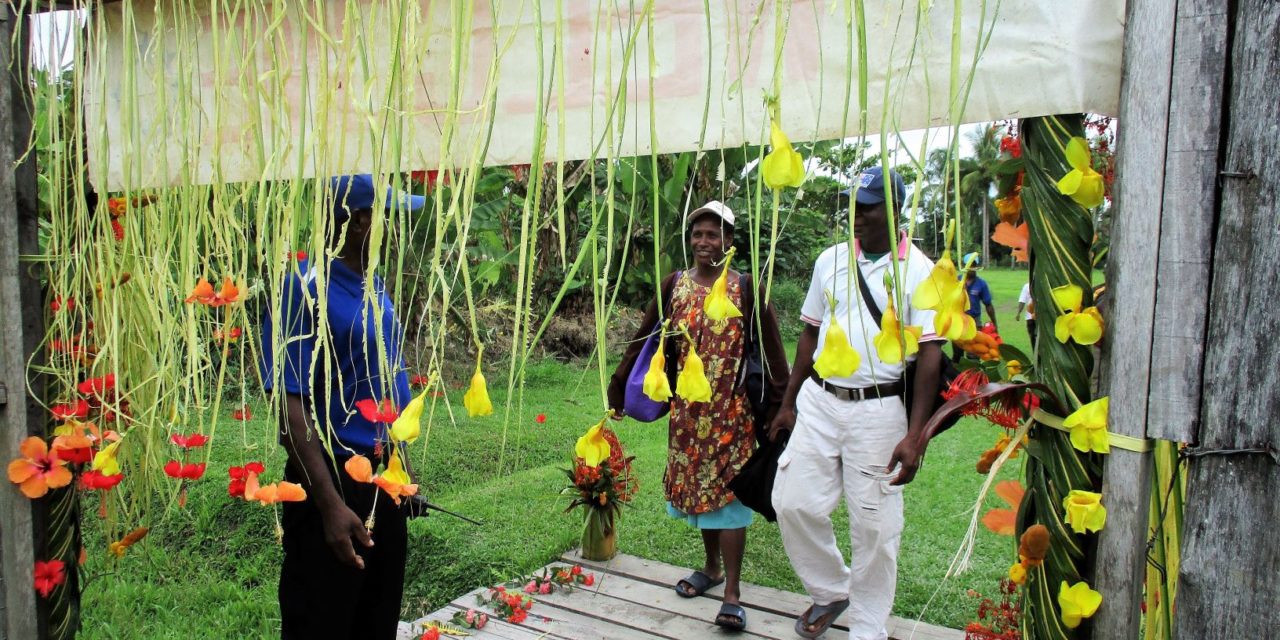 Thank you so much for your prayers regarding the BBBI Graduate Fellowship! God showed Himself again and again in every aspect – the weather and travel, provision (as you will read much was used that God put on your hearts to give during our furlough), and in spiritual, soul-searching work. As God granted the request of Jabez, so has He been faithful to us! What a wonderful God!

The new dinghy engine now has 15 hours of use, and three drums of zoom are empty. We were able to give the graduates some tools including pictures and books that were purchased while in the States, solar audio Bibles, and other study helps. We did some sessions together and others split. I reviewed some teaching about context and outlining – but emphasized to the men repeatedly that the style of the outline was not nearly as important as the heart of the preacher! In the evenings we used the projector and screen we were given to watch videos you purchased of both heroes of the faith and archeological studies of common Bible stories in Israel. Our students loved the Six Days video we purchased while visiting the Creation Museum.

Two pastors were reconciled, and are pursuing a reconciliation between their two estranged extended families. In a condensed version, the two men came to Bible school from the same village, and in the village, both of their families wanted “their son” to be the pastor of the village church. Of course, God didn’t need two there, so He called one to another place! Consequently, the disappointed family has been causing trouble and spreading false rumors.

I believe a marriage and ministry were rescued. God did an amazing work in the couple’s hearts.

I think all were encouraged to pursue the ministry God gave them in spite of the hardships and sufferings they face. They rested, talked, laughed, planned. Trina and I had lots of conversations with individuals about their ministry plans and problems. We know much better how to pray now for each village church. This year may include several bungs (retreats/fellowships) for different groups or ages held in several places. One of those meetings will be a mission conference being held by a 2016 graduate in order to send out a 2019 graduate from his church! Also, Baimuru Baptist will be hosting the first Christmas Teen Bung this December. The graduates have talked about this need, but everyone has been a bit fearful and hesitant to step out. So, with a continued purpose of discipleship, I will help with the location and planning. We will start small, just inviting the works of BBBI graduates. I hope to build confidence in the men to reach out in faith to minister more in the Gulf! We are excited to see what God will do!

Thank you again for your prayers and giving. We could not have done what was done here without all of you there!