Wow! What awesome pray-ers you all are! We saw God answer every single day the requests you put before Him on our behalf. We were able to travel to Mount Hagen by plane, both directly in and out of Baimuru. It was obvious by the weather that preceded each flight date, God held the waters back in His hand, and we had a short break from rain. We didn’t have to hunt up a PMV ride to the Nazarene Hospital from the airport as the guest house manager at the hospital offered to meet us and give us a ride – she brought us back to the airport too, leaving the hospital property at 5:30 am!

I saw Dr. Ben Radcliffe, one of the American surgeons working at the hospital on March 2. He took time to listen and discuss with me my concerns, explained what he would do in surgery, and took time to pray with us. He performed surgery the next morning. He initially thought there were hernias on both the left and right sides. During the actual surgery, it was revealed there was a hernia on the right side, but the left side, the one I had repaired a year ago in Port Moresby, did not have a hernia. There was a small ball of fat (lyphoma) that could be removed, and he did some improvements on the abdominal wall muscles. As my excellent recovery is at least partly due to his skill, I can only describe him as amazing! My pain level with this surgery on two sides is remarkably less than what I experienced a year ago with the left side hernia repair. I have never needed medication stronger than Ibuprofen. I think the most uncomfortable thing was lying primarily on my back for 10 hours after the surgery due to the spinal block used as anesthesia!

The night in the surgery ward was a little wild. No private rooms there. Just a room full of beds with the patients and a “wasman” (care giver) for each one! The hospital does not provide meals or bedding. Our bed was in a corner, and we were blessed to have curtains around it. Trina cooked for me at the guest house and brought in meals. She was expected to be basically always available, so she spent the night with her sleeping bag on an empty bed. Let’s just say, the ward is not a place for sleeping! Of course, most hospital stays are like that – waking you up to take your blood pressure, right when you fall asleep!

The next morning Trina brought me coffee and an omelet, and at 10 am I was allowed to dress and walk around a bit. The doctor made rounds and was very pleased. We were allowed to check out and go back to the hospital guest house by noon! So many kindnesses were shown us, including pizza and ice cream! We got to encourage Jesse Epe, the son of one of our graduates (Pastor Maisa Epe, Huruta village), who just began his studies at the nursing college there. We had many opportunities to share our testimonies or talk about our ministry. And, truth be told, we really enjoyed using the microwave and coffeepot for a few days! While we were away, things carried on in Baimuru! Pastor Danny, Richard, and Neddy all took a part in teaching at the Institute. They finished up the second term, and this week the students are on a term break. A wonderful blessing was baptism of 8 precious souls at Baimuru Baptist the Sunday we were out! That does mean I have no pictures to share of the event . . . .but I am always SO GLAD when a national pastor feels he can fulfill his work WITHOUT the missionary around!

This weekend, Brother Richard will be traveling to the village of Anita to preach. We are helping to fill the pulpit at a work whose pastor has come here for a year to the Bible Institute so that his wife might also receive training for the ministry. Pray for safety in travel, as Richard will go by sea and road, and that the believers of Anita would be encouraged and challenged; even better, that someone would come to Christ. 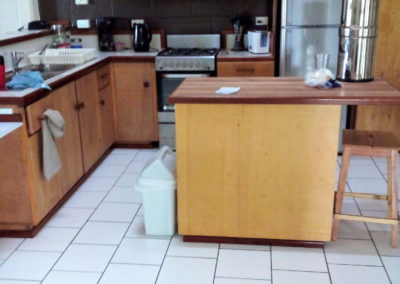 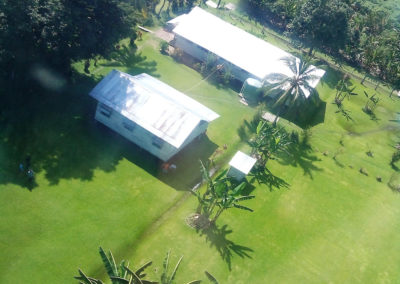